Last night, under the threat of a thunderstorm, I briskly walked with one of my best friends and her cousin around my neighborhood. The air was filled with humidity while being totally still — as it is before a tornado. Also, the temperature was cooler than the day had been.

We walked quickly, noting how dark the houses seemed. We strolled into and then out of several cul-de-sacs, talking all the while on all sorts of topics: from raspberries to colleges to religion to the benefits of walking for at least thirty minutes after meals to sex offenders to our children — our conversation of topics oddly mixed like vegetables in a tossed salad. 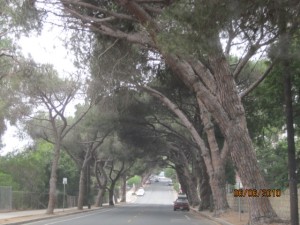