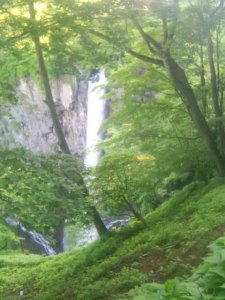 Everything that makes Paul who he is, who he was – a legalistic, rigid, God-fearing Pharisee – he now considers “a loss because of Christ.” (Philippians 3:7) Nothing compares to “the surpassing value of knowing Christ Jesus.” Knowing Christ “and the power of His resurrection and the fellowship of His sufferings” is Paul’s goal.

He writes to the church at Philippi:

“Not that I have already reached the goal or am already fully mature, but I make every effort to take hold of it because I also have been taken hold of by Christ Jesus.” (Philippians 3:12)

Paul does not consider that he has reached his goal; indeed he writes that he continues to “forget what is behind and reach forward to what is ahead.” (Philippians 3:13) Paul is pursuing a goal, a prize.

“Therefore, all who are mature should think this way. And if you think differently about anything, God will reveal this also to you.” (Philippians 3:15)

“Rejoice in the Lord always. I say it again: rejoice!” (Philippians 4:4)

“Let your graciousness be known to everyone.” (Philippians 4:5)

Paul finishes with a call to focus on whatever is true, honorable, just, pure, lovely, commendable, excellent and to praise God, who is the God of peace.

“Pursue as [your] goal the prize promised by God’s heavenly call in Christ Jesus.” (Philippians 3:14)

The prize is “gaining Christ and being found in Him, not having a righteousness of [our] own from the law, but one that is through faith in [Him] — the righteousness of God based on faith.” (Philippians 3:8,9) 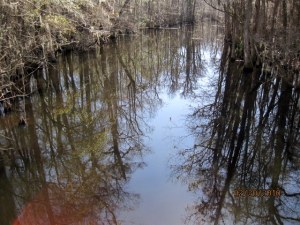 “For by grace you are saved through faith. And this is not your own doing; it is the gift of God, not a result of works, so that no one may boast.”

You and I are saved as a result of a gift. Saul is confronted along the road to Damascus by Jesus — this is the Lord’s gift to Saul, who has literally done nothing to deserve God’s positive attention. Jesus blinds Saul not as a result of any action by the man, but as a gift to him. Saul says “no one may boast” when given such a gift. This gift of grace is “not a result of works.”

Of course, this is not to say that grace will not result in works; it does. But to claim the gift is contingent on those works is a denial of God’s work. 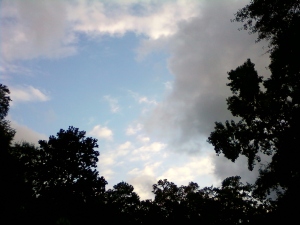 David, a man after God’s own heart, sings:

David admits he doesn’t understand God’s thoughts. After all, he says, “how vast their sum is!” (Psalm 139:17) God has so many thoughts, “they outnumber the grains of sand;” yet when David wakes, he discovers “[he] is still with [God].” (Psalm 139:18) God does not get distracted. He is always aware of David’s heart, of his concerns, of anything offensive within him; and God always leads David in the way of everlasting life.

“For [God’s] faithful love to us is great; the Lord’s faithfulness endures forever! Hallelujah!” (Psalm 117:2, NIV) 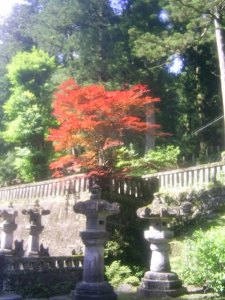 “Let the little children come to Me. Don’t stop them, for the kingdom of God belongs to such as these.”

I know that in the moment Jesus says this, He is indignant because His disciples rebuke parents – most likely – who bring their children to Jesus for His blessing. What are you thinking!? Don’t stop them! Don’t you know, can’t you tell!? The kingdom of God belongs to people who become children – childlike: trusting, open, frank in their honesty, desirous to please. Don’t you know? 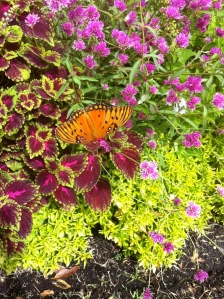 Paul warns Gentiles not to “be conceited;” not “to be unaware of this mystery:

“A partial hardening has come to Israel until the full number of Gentiles has come in. And in this way all Israel will be saved, as it is written: ‘The Liberator will come from Zion; He will turn away godlessness from Jacob. And this will be My covenant with them when I take away their sins.’ (Jeremiah 31:31-34)

Regarding the gospel, they are enemies for your advantage, but regarding election, they are loved because of the patriarchs, since God’s gracious gifts and calling are irrevocable. As you once disobeyed God, but now have received mercy through their disobedience, so they too have now disobeyed, resulting in mercy to you, so that they also now may receive mercy. For God has imprisoned all in disobedience, so that He may have mercy on all.” (Romans 11:25-32)

Because of this same mystery, which amounts to God’s extraordinary mercies and His irrevocable grace, Paul urges us “to present [our] bodies as living sacrifices, holy and pleasing to God; this is [our] spiritual worship.” And although Paul mentions our physical bodies, he moves directly to our minds, speaking of our transformation by renewing them. We renew our minds via the Word of God, fellowship with one another, and prayer. As our minds are renewed, “[we] are able to discern what is the good, pleasing, and perfect will of God.” (Romans 12:2)

How many times have you wondered what the will of God is for you? His specific will for your life is that you renew your mind, accept the “measure of faith” given to you, and use the natural and spiritual gifts He has bestowed. Paul says not to think more highly of yourself than you ought. He sets out with a list of God’s will for you. Here are a few choice ones: 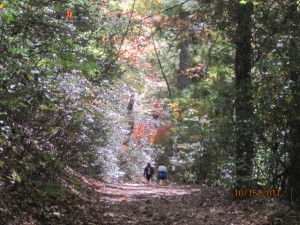 Here and there in the Word of God, the good news — the gospel — is captured in a single verse. I love these verses.

We find one of the best in the opening of Paul’s letter to the church at Ephesus. Paul writes:

“We have redemption in Him…”

Paul means our redemption is in Jesus Christ, and by implication in none other.

Our salvation is achieved through the shedding of the blood of our Lord Jesus on the cross at Golgotha. The blood of goats and bulls are no longer necessary. We now have…

“the forgiveness of our trespasses…”

Meaning our sins are washed away through Christ’s shed blood, resulting in God’s forgiveness, which is…

“according to the riches of His grace…” (Ephesians 1:7)

Sound foolish? Only to the unbelieving. To us, who are being saved, it is the power of God. He pours out His grace on us…

“with all wisdom and understanding.” (Ephesians 1:8)

His grace is not accidental.

Depends on the Retreatant – a day or week at Mepkin Abbey.

But Jesus does pick Saul. Even as “Saul is still breathing threats and murder against the disciples,” Jesus appears as a flash of light from heaven; this light is so intense, Saul falls to the ground. He hears Jesus ask, “Saul, Saul, why are you persecuting Me?” (Acts 9:4)

Saul wants to know who is speaking from the light. The voice says, “I Am Jesus, the One you are persecuting.” Then He tells Saul to go into the city. “And you will be told what you must do.” (Acts 9:5-6) Saul obeys. Despite being blinded, he allows his men to lead him to Damascus. He remains blind and does not eat or drink for three days.

The Lord prepares for Saul’s coming; He appears in a vision to Ananias, telling him to travel to the street called “Straight” to the house of Judas where he will find a man from Tarsus who is called Saul. Ananias protests briefly as he’s heard “how much harm [Saul] has done to [God’s] saints in Jerusalem.” (Acts 9:13)

The Lord proclaims, “Go! For this man is My chosen instrument to take My Name to Gentiles, kings, and the Israelites. I will show him how much he must suffer for My Name!” (Acts 9:15-16)

The Lord is not punishing Saul for the persecutions, threats, murders performed as a Pharisee. Rather, He is confirming that in serving the Lord, Saul will suffer.

Ananias explains this to Saul. He tells him that he is to regain his sight and “be filled with the Holy Spirit.” (Acts 9:17) Immediately Saul’s sight returns. “Then he gets up and is baptized.” (Acts 9:18)

Saul knows there’s no reason to delay. “Immediately he begins proclaiming Jesus in the synagogues: ‘He is the Son of God.'” (Acts 9:20) In no time at all, the Jews are conspiring to kill him.

Yet when Saul goes to Jerusalem and “tries to associate with the disciples, they are afraid of him, since they do not believe he is a disciple.” (Acts 9:26)

Likely the disciples in Jerusalem are bewildered that Jesus has given this Pharisee such authority to preach the gospel. Does this man, who has done such evil deeds against Christians, really have the Holy Spirit? How is that possible? Why would God choose him?

Again, a case of judging by appearances — something with which most of us are familiar. On the other hand, Jesus knows everything about Saul. He knows things about Saul no one else can possibly know. And, Jesus calls Saul “My chosen instrument.”

“To the pure, everything is pure, but to those who are defiled and unbelieving nothing is pure.” (Titus 1:15)

Hypocrites are people whose “minds and consciences are defiled.” To them, “nothing is pure.” (Titus 1:15) Everything is suspect; everything is filthy. They are “full of empty talk and deception.” They teach “in order to get money dishonestly.” (Titus 1:10, 11) 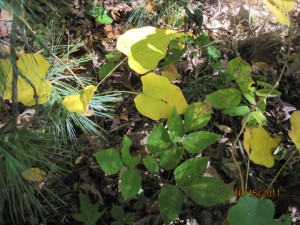 Discernment and correction of errors on the one hand; judging and condemning on the other hand — again we find balance in the Christian walk clearly written in the Word of God. Jesus tells us not to judge; so does James. James writes:

So, we are commanded to allow God to judge, for if we take that task upon ourselves we stand in judgment of God Himself — we judge His law and we question His ability and authority to judge.

“Confess your faults one to another, and pray for one another, that ye may be healed.” (James 5:16)

So, we are called to tell each other our failings so that we each have the privilege of praying for the other. How can we confess our sins to those who condemn us? And, how can we genuinely pray for those we condemn? Will not our dismissive attitude interfere with “the effectual, fervent prayer?” (James 5:16)

Instead, James reminds us that we all are capable of “erring from the truth” and falling into sin. He calls us to restore “the sinner from the error of his way” so as to “save a soul from death, and hide a multitude of sins.” (James 5:20) We are not called to judge or condemn; for that role belongs to the One who is Lord.

Grace Partakers
Create a free website or blog at WordPress.com.