The WordPress.com stats helper monkeys prepared a 2011 annual report for this blog.

The concert hall at the Syndey Opera House holds 2,700 people. This blog was viewed about 8,700 times in 2011. If it were a concert at Sydney Opera House, it would take about 3 sold-out performances for that many people to see it.

“16 This is what the LORD says—
he who made a way through the sea,
a path through the mighty waters,
17 who drew out the chariots and horses,
the army and reinforcements together,
and they lay there, never to rise again,
extinguished, snuffed out like a wick:”

God commands us to forget the former things for He does a new thing! He makes a path through the wilderness, a path of escape from the past. God declares here in these oft overlooked verses that He draws out together our sins and our great enemy and his reinforcements and He makes them to “lay there, never to rise again, extinguished, snuffed out like a wick.”

“23And in that day ye shall not ask Me any thing; truly, truly, I say to you, if ye ask the Father any thing in My Name, He shall give [it] to you. 24 Till now ye asked nothing in My Name; ask ye, and ye shall take, that your joy be full.”

Jesus says His disciples do not ask Him for any thing in that day — the day of His resurrection, a day in which their joy is complete. They have no need of any thing. From that point forward, Jesus tells us, we are to ask God the Father directly for whatever we need to be joyful. And we are to take whatever it is we need directly from God, who gives us all good things for the sake of His Son, Jesus.

Jesus reminds us God loves us because we love and believe in His Son. We believe the Son comes from the Father; and we know to listen to and follow the guidance of the Holy Spirit, who emanates from the Son and the Father.

Jesus implies what we ask for should complete our joy.

“Let not your heart be troubled: ye believe in God, believe also in me. In my Father’s house are many mansions: if it were not so, I would have told you. I go to prepare a place for you. And if I go and prepare a place for you, I will come again, and receive you unto myself; that where I am, there ye may be also.” (John 14:1-3, KJV)

Jesus encourages us not to be troubled. Jesus tells us He leaves us His peace — a peace that surpasses our understanding. If we find ourselves feeling a bit lost here, Jesus reminds us He prepares a place for us where He is, so that we may be there with Him. If we wander about like strangers and feel out of place; it’s because this is not our home. We are alien to this world.

Yet, while we are here, we are not called to worry about our circumstances. We are not to fret over what to wear, what to eat, where to go, who to see. If God’s will is this or that, here or there then we are to trust Him — trust His good will. Nothing done to us, for us, against us is done outside His purview.

Therefore, says Jesus, let not your heart be troubled. Neither be afraid.

“Come unto Me, all ye that labour and are heavy laden, and I will give you rest.”

I’ve not met any person in this life who is — at one point or another — not ‘heavy laden’ or in need of ‘rest.’ Every person ‘labours’ or has known the hard labour of a prisoner. Jesus essentially says, “Stop that work. Put that burden down.” More critically, He says, “Come here to Me. I give rest from work, relief from burden. I set you free.”

Unfortunately for us, we tend to pick up our burdens and workload even after we’ve set them down. Sometimes we try to wrestle them from Jesus as if He isn’t strong enough to carry them. We look rather pathetic about then — our weak wills working so diligently against His will.

We aren’t required to put our arms out like infants demanding to be picked up. Jesus happily looks forward to carrying us. Don’t fight. Don’t struggle. Put your arms down. Allow Jesus to lift you. 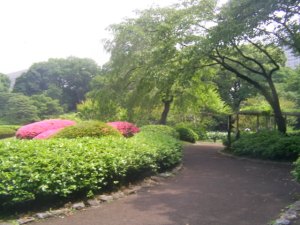 “1Bless the LORD, O my soul: and all that is within me, bless his holy name.

2Bless the LORD, O my soul, and forget not all his benefits:”

We are to love the LORD our God with all our strength, with all our soul and with all our mind — with “all that is within.” The great commandment doesn’t emphasize outward cleanliness, just as Jesus tells us when He speaks of the cleanliness of the hands and the cup versus the filth of what’s inside the heart of the man.

Rather, the great commandment to love God emphasizes the inside state of the person — a state of blessing and remembering God, a state of gratitude toward God, for “His holy Name” and for “all His benefits.”

Look at what David does with his time — he praises God through song and poem. He possesses a heart of gratefulness to God. He sings:

“From the lips of children and infants You ordain praise.” (Psalm 8:2, NIV)

Jesus calls us to become little children. In the way of a child with her parents, we are to look to God with loving trust and with grateful hearts.

5 Every warrior’s boot used in battle
and every garment rolled in blood
will be destined for burning,
will be fuel for the fire.
6 For to us a child is born,
to us a son is given,
and the government will be on his shoulders.
And he will be called
Wonderful Counselor, Mighty God,
Everlasting Father, Prince of Peace.

That little function word — the word ‘for’ in the amazing, glorious statement: ‘For to us a child is born’ says to us in the big bold Word of God that war and bloodshed are doomed because “the government” is no longer on the shoulders of men, but “on His shoulders.” The governing of men is now on the shoulders of the Son of God; therefore, we are at peace. We are at peace because Jesus is “Wonderful Counselor, Mighty God, Everlasting Father, Prince of Peace.”

With this great truth in mind, I wish you all a MERRY CHRISTMAS!

An angel of the Lord appears to shepherds who live “out in the fields nearby, keeping watch over their flocks at night.” (Luke 2:8) The angel terrifies the shepherds, but reassures them by telling them, “I bring you good news of great joy.” The angel tells the men of the Savior’s birth, and of the sign by which they will know they’ve found Him. He will be “a baby wrapped in cloths and lying in a manger.” (Luke 2:12)

The same night, the “Magi from the east” see the star of the Christ, the “king of the Jews,” and begin their long journey to Jerusalem. Perhaps an angel has told them of the Christ Child’s, but just as likely is that they know of the prophecies regarding the Messiah. At any rate, the Magi spend several years traveling to greet the Lord. When they reach Jerusalem, King Herod sends them to Bethlehem, saying, “Go and make a careful search for the child. As soon as you find Him, report to me, so that I too may go and worship Him.” (Matthew 2:1,2,8) The star goes ahead of the Magi until they come to the house where Jesus lives with His parents, Joseph and Mary. “They bow down and worship Him. Then they open their treasures and present Him with gifts of gold and of incense and of myrrh.” (Matthew 2:11) After being warned in a dream not to return to King Herod, the Magi “return to their country by another route.” (Matthew 2:12)

And so, Jesus is welcomed into the world by the most humble and by the most majestic of people — shepherds who live with their sheep and Magi, the wise men of their land. Both types of people worship the Christ Child. Both discover the “good news of great joy.”

May we also know and cherish this good news!

Jesus rides into Jerusalem on a colt “which no one has ever ridden.” (Luke 19:30) The crowd of disciples throw their cloaks in front of the colt as Jesus approaches. The disciples “joyfully praise God in loud voices for all the miracles they have seen.” (Luke 19:37) Some of the Pharisees in the crowd ask Jesus to rebuke His disciples. Jesus says, “If they keep quiet, the stones will cry out.” (Luke 19:40)

Even if no one ever rejoices over Jesus’ birth and resurrection, the earth itself shouts of His glory. I remember the first time I heard the stones cry out. I was 19, camping alone in the late autumn, early winter weather in a state park. In my life, I’d never felt so alone. As I walked around the edge of the woods picking up kindling for my fire, I glanced up at the stars in the immense blackness of the sky and felt as tiny as the speck I am in the universe. I’d never before felt so small and insignificant.

All around me, I heard the stones, the trees, the sticks, the leaves, the stars cry out:

“Blessed is the king who comes in the name of the Lord! Peace in heaven and glory in the highest!” (Luke 19:38)

76And thou, child, shalt be called the prophet of the Highest: for thou shalt go before the face of the Lord to prepare his ways;

77To give knowledge of salvation unto his people by the remission of their sins,

78Through the tender mercy of our God; whereby the dayspring from on high hath visited us.”

I wonder how the word “remission” changed to “forgiveness?” Remission, it seems to me, fully captures our state here on earth. Once we accept Jesus Christ as Lord and Savior, we are released from our debt to God; we no longer carry the penalty of death; we no longer are obliged to sin. Yet, as we remain earthbound, we find the sin — that so easily entangles — is reduced or lessened, and is — whether slowly or rapidly — disappearing over time. Sin’s power is broken, but like a disease in remission, it lingers looking for any opportunity to resurface.

Praise God, that the penalty for sin is paid and we are forgiven through “the tender mercy of our God!”