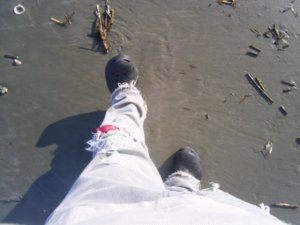 “Bear one another’s burdens, and so fulfill the law of Christ.” (Galatians 6:2, ESV)

The world is a hard place; always has been, always will be. Living here is, however, a great privilege; even as we live here as strangers. While we are here, we are called to carry or bear others’ burdens. We are to carry our own burdens, too. Paul writes, “Each one should carry his own load.” (Galatians 6:5) So, each is responsible for the burdens of others and for his own burden.

In the United States – a western nation and culture – we have decried the loss of the extended family, the sort of family dynamic more akin to eastern nations and cultures; yet recently we have started to bemoan the ‘boomerang’ generation – a generation of young people returning to live under the roofs of their parents.

Maintaining balance in life seems to be a common thread in the Word of God. Care for yourself, but care for others more. Give, but don’t throw your best to ‘swine’ who may trample you underfoot. Restore others who are fallen into sin, but don’t get so haughty you neglect to deal with your own sins. Obey and respect earthly authority, but don’t neglect to put God and His authority first.

“If anyone thinks he is something when he is nothing, he deceives himself. Each one should test his own actions. Then he can take pride in himself, without comparing himself to somebody else.” (Galatians 6:3-4)

Balance your burdens. Help your grown child find his or her way in the hard world; be happy for this taste of the lost extended family. 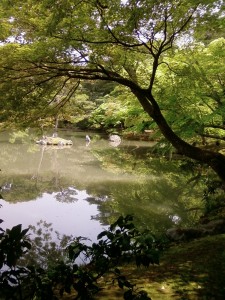 Christ set us free from the law of sin and death and we are “not [to] submit again to a yoke of slavery.” (Galatians 5:1) Since we have died to the world in and through Christ, Paul wonders why we “submit to regulations” of the world as if we were still alive to the world. (Colossians 2:20) “For [we] are called to freedom, brothers, only [we are] not [to] use [our] freedom as an opportunity for the flesh, but through love [we are to] serve one another.” (Galatians 5:13) In love, we serve one another and so fulfill “the whole law.” (Galatians 5:14)

In our efforts to conform to regulations which “indeed have an appearance of wisdom in promoting self-made religion and asceticism and severity to the body, but have no value in stopping the indulgence of the flesh” (Colossians 2:23); sometimes we attack one another. “But if [we] bite and devour one another, watch out that [we] are not consumed by one another.” Instead, we are called to “bear one another’s burdens, and so fulfill the law of Christ.” (Galatians 6:2) “As we have opportunity, let us do good to everyone, and especially to those who are of the household of faith.” (Galatians 6:10) Notice Paul calls us to “do good to everyone.”

“Therefore, be imitators of God, as beloved children. And walk in love, as Christ loved us and gave Himself up for us.” (Ephesians 5:1-2)