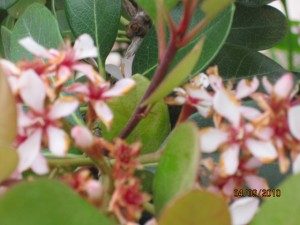 My neighbor came over this evening to look at photographs of my new puppy, and to have a glass of red wine. He told me that an American had been found dead in Japan.

A young teacher of English — a young woman who apparently got caught in the tsunami as she attempted to unite parents and children. He said she then “rode away on her bicycle.”

“And was never seen again?”

When I heard about Taylor Anderson’s death, all I could think was “there but for the grace of God go I.” And then I wondered again — as I do so often — what have I ever done to deserve God’s grace?

And the answer — of course — is NOTHING at all. That’s why we call it GRACE!